Palomar Mountain is a wonderful place to go if you are interested in gazing at the stars.  That's where you can find the world-famous Palomar Observatory, which is still frequently used by scientists, and is open for tours during the day.  This observatory was built back in the 1930s when light pollution from Los Angeles forced astronomers to build telescopes in darker regions.   This is the home of the Hale Telescope, named after George Ellery Hale, who was the driving force behind the entire project.  Today, we take Country Route S-6 (off of Highway 76) to reach the observatory, which used to be known as the "Highway to the Stars" back in the 1930s.  The beautiful white dome of the Palomar Observatory stands out like a lighthouse beacon, and can be seen from the slopes of Warner Springs as well as north of Temecula.

The Cleveland National Forest co-hosts Star-Gazing Parties once a month, from April through October, at the nearby Observatory Campground.  If spaces fill up at thisampground, the Frey Creek Campground is nearby, and a good overflow option.  You can also visit the Palomar College Planetarium, which does weekly shows (although it is only open to ages 5 and above), to get a great overview of what’s out there in the night sky (making it easier to find stars when you are up on Palomar Mountain).  In general, the best times to go star-gazing are on moonless nights, so the sky is darker and stars are easier to view.  Have fun star gazing! 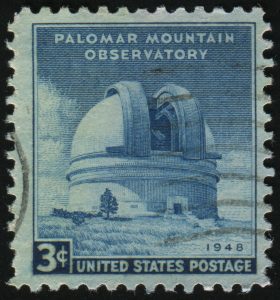 Please follow and like us:
Events, Places to Visit in the SLR, San Luis Rey Watershed
No comments

View all posts by: admin